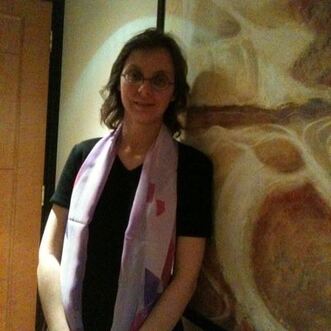 Paula Kuhr began her violin studies at age six with the Suzuki Program at the University of Wisconsin-Madison. Over the years, she has studied with Idell Low, Teresa DiTullio, and Manuel Compinsky. Ms. Kuhr obtained her Bachelor of Music and Master of Music degrees at California State University, Northridge (CSUN) under the tutelage of Michael Ferril.

Before she joined the Andromeda Electric Orchestra in 2020, she had extensive experience as an orchestral violinist, performing with such orchestras as the American Youth Symphony, San Fernando Valley Symphony, Los Angeles Opera Guild, the Multi-Ethnic-Star Orchestra (MESTO), Topanga Symphony and the Korean Philharmonic. Currently, Ms. Kuhr is a free-lance violinist who teaches privately and performs chamber music for special occasions.

​While attending CSUN, Ms. Kuhr received the Manuel Compinsky Award in 1994 and a Graduate Scholarship in 1997. She has been a member of the music fraternity Sigma Alpha Iota since 1994.