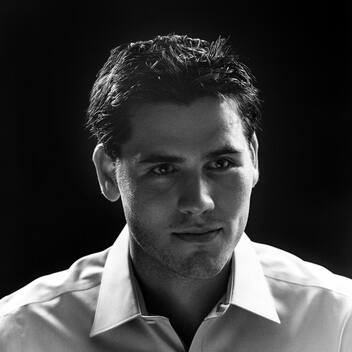 Ryan Reeson is a composer, conductor, and educator with a passion for creative collaboration and community-building. As a composer, Reeson has had works performed by many ensembles, most notably by the Miami Frost Chorale, 2014 Colorado ACDA choir, and members of the Cleveland Orchestra. His choral music has been performed across the United States, Canada and the United Kingdom. Reeson is an active arranger, with clients including the Illinois Symphony, and songwriters including MELD, Casey Loudon, Lou Roy and Matthew Brown. He oversaw the musical adaption of Mary Lynn Dobson’s “The Somewhat True Tale of Robin Hood,” originally a play which has received over 1,000 performances internationally. In addition to concert works, Reeson regularly composes and orchestrates music for film and other media.


Reeson is the former Music Director of the Lancaster Community Orchestra. He has served as an Assistant Conductor for the Chamber Orchestra at St. Matthews, the Westlake Village Symphony, the Southeast Symphony, the Ars Flores Symphony, and the Meadows Symphony Orchestra. Among many others, he has conducted the Rochester Philharmonic and the Riverside Philharmonic.  Reeson graduated with honors from the University of Miami Frost School of Music with a degree in Music Composition and holds a Master’s degree in Orchestral Conducting from the Meadows School of the Arts in Dallas, TX. He taught music theory and songwriting courses at California School of the Arts - San Gabriel Valley and maintains a private studio of piano students.