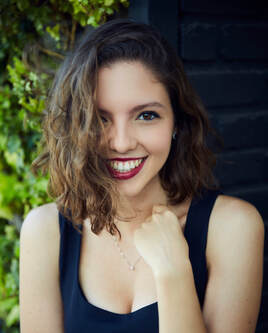 Esin Aydingoz is an LA-based composer, arranger, and pianist from Istanbul, Turkey. She has written music for a wide variety of media and entertainment including award-winning short films, video games and musicals. She wrote for MPATH's Phenomenal Women's Series, and worked as an additional composer under Bear McCreary on the Apple TV original, SEE, starring Jason Momoa. Esin has toured with the BSFO, where she conducted her music live to picture in various cities in North America including Boston, New York, and San Francisco.

Besides her scoring career, Esin has recorded piano for SONY, Hallmark, Disney, and Netflix and arranged music for Grammy winner artists such as Lalo Schifrin and Booker T. Jones as well as America's Got Talent star Brian Justin Crum. A life-long Disney fan, she is currently living a dream come true working with Disney Music Group, both as the Assistant Music Director for their a cappella group, DCappella, and as an arranger/producer for their Peaceful Piano albums. She has music directed several LA productions at Morgan-Wixson Theatre, Hollywood Fringe Festival, and Hollywood Turkish Film Festival, as well as a performance at the Academy of Motion Picture Arts and Sciences.