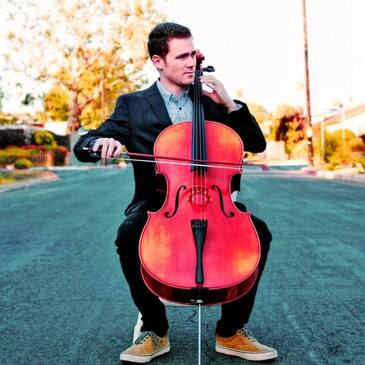 Chris Rorrer is a cellist, multi-instrumentalist, session musician, multi-genre composer & arranger, music producer, and music educator based in Los Angeles, CA. He earned his M.M. in Cello Performance from the Bob Cole Conservatory of Music at California State University in 2020. He is also a highly skilled guitarist, vocalist, and pianist. His proficiency in numerous styles has garnered him success in classical, pop-rock, world fusion, and improvisational/experimental music arenas.


He released “Enraptured,” his debut pop/rock solo album, in 2017. Equally skilled as a ensemble leader as well as a sideman, Chris has recorded on countless albums and is an avid audio engineer and producer. His music is featured in film scores throughout the United States and Europe.


Chris has shared his music at venues ranging from lively rock festival stages to the most intimate and reflective church services. Always an educator, Chris seeks to give back to the community by helping empower the next generation of musicians who play from the heart.