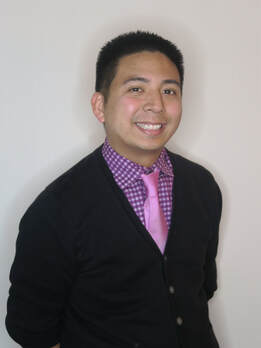 Dr. Brandon Samson balances professional careers as a pharmacist and medical writer/editor with his work as a classically trained clarinetist and teacher in the Greater Los Angeles area. He earned his BA and Master of Professional Writing degrees from USC as well as a Doctor of Pharmacy degree from Western University of Health Sciences. During his undergraduate and graduate years, he studied with David Howard while performing in the USC Wind Ensemble and USC Concert Orchestra. During this time, he had the honor of performing some of his favorite musical works including The Planets (Holst), the Three-Cornered Hat Suite (De Falla), and Scheherazade (Rimsky-Korsakov). In 2010, he retired as principal clarinetist of the USC Concert Orchestra and went on to perform with a variety of orchestras, wind ensembles, chamber groups, and opera companies throughout and after his doctoral training. Past engagements include performances with the Filipino-American Symphony Orchestra, Valley Symphony Orchestra and Wind Ensemble, Los Angeles Doctors' Symphony Orchestra, and the Colburn Adult Wind Symphony. His teaching philosophy, a product of his years of experience performing in community and university settings, is focused on building a lifelong appreciation of listening to and performing music regardless of background as well as being able to extend music-making to students of all ages.